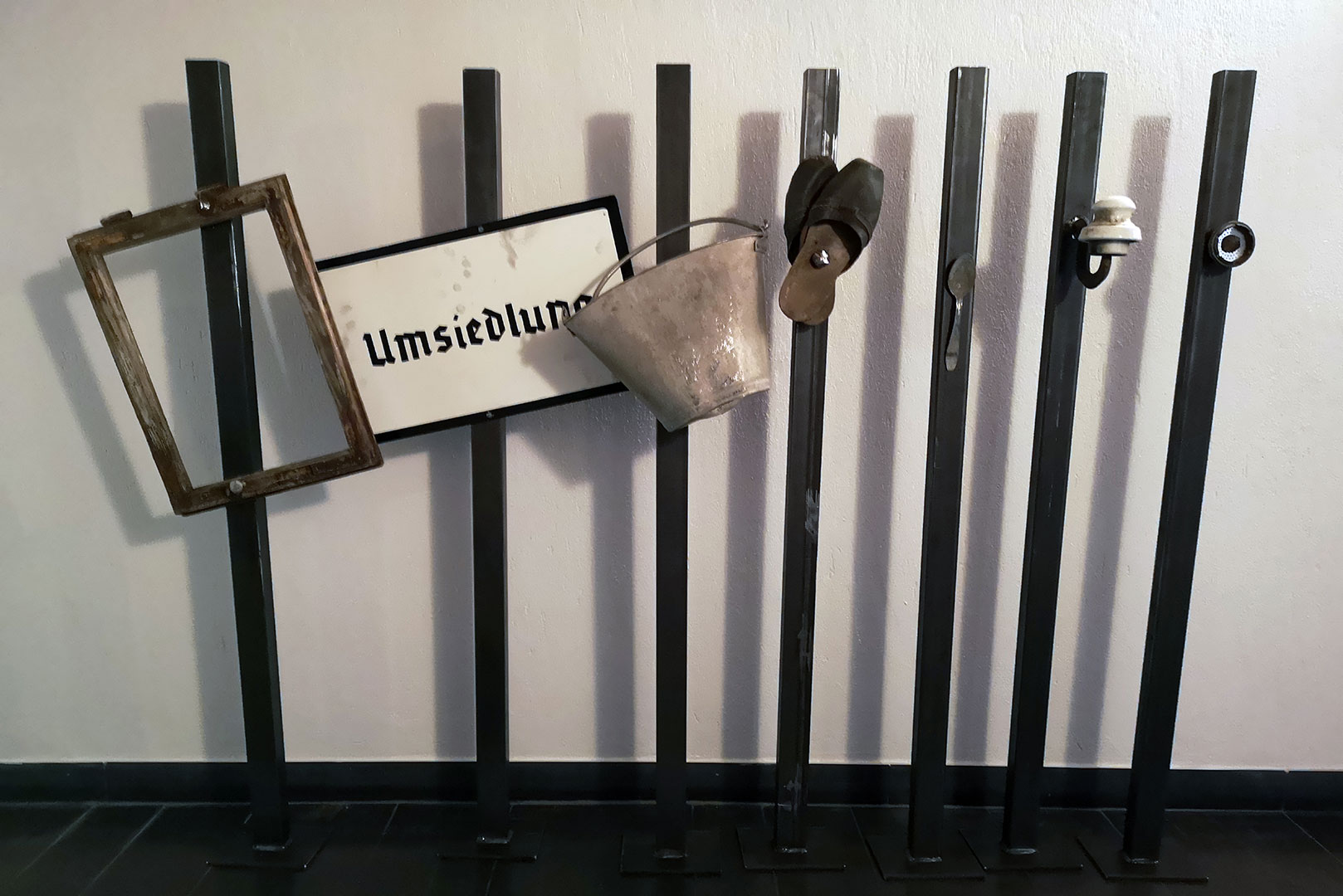 WR: This memory [about your childhood] that you have, what was it like for you – is this a vivid memory for you or did you find out about everything afterwards?

My mother, my loving mother, a warm Jewish mother, who was so good that she never uttered an unkind word, she was a smart woman, a strong woman, who wanted to raise her five children on her own. Unfortunately, when my father past away when I was 1 ½ years old, his brothers turned their backs on her, because she didn‘t listen to them and didn‘t follow their advice to re-marry. We had almost no contact to my father‘s side of the family, mostly with my mother‘s side.

She said: Don‘t complain, we‘re not doing well, but there are those who live in the same house as we do, who are even worse off than we are. If you look up to those who are doing well, of course we’re doing worse, but those below us are doing much worst and they deserve our compassion.

In the Spring of 1944, there were rumors that something would happen soon. Then came the posters, the announcements all over the ghetto that the inmates would be evacuated into the heart of the Third Reich, out of concern for our well-being. I tried to prevent it after I heard from the courtyard that they were rounding up people. In our room, I pushed the wardrobe from the wall by about a half meter and I stuffed everybody behind it, eight altogether, my mother, my four sisters, Aunt Eva, Cousin Leon and me. We left the door open, left no suitcases lying around and sometimes I even put food on the table.
A couple of times we heard them say, “Ah, they‘ve already been picked up!” We waited until it was really calm, before we left our hiding place. Until the final time: This time we heard. “If we find anybody, we’ll just shoot them!” And my dear mother, she could speak perfect German and Russian, she couldn’t stand it any longer and said, “Please don’t shoot!” My mother, my three sisters, my aunt and I all came out. My fourth sister Rosa, who was two years older than me, and Cousin Leon, the war veteran with his amputated lower left arm, stayed there in the hiding space. When we six came out, the Germans were so astonished that they didn’t even check to see if anybody else was there.
Later, after the war, I found out that they both were brought to Auschwitz. While my Cousin Leon survived, my sister Rosa went to Stutthof from where she was sent for train construction work to Königsberg, where she perished.

In one corner a bucket and a felt blanket to cover up the makeshift toilette. Also, we could only stand right next to one-another. After a few hours the train departed and kept going well into the night. There was no food, no water. We stopped for several hours and then it was day again and then night, and the following day in the morning, when the sun had gone up, the train stopped, the doors were thrown open and we were in a completely different world.

First, we were brought into the “sauna,” where the first step of dehumanization took place. All personal items were handed in, while we stood there naked and then came the shower. The next step of dehumanization was a row of prisoners with hair trimmers, who removed all the hair we had. Because it was all done rather hurriedly, seeing as there was a line of several hundred people, sometimes pieces of skin were cut off during the hair removal. After that, you had to walk a few paces forward to some prisoners sitting next to a trough that was filled with an oily liquid that smelled terribly. They dipped a mop, one that today you would clean the floor with, and disinfected your body, your arms and your head. It burned very badly when it got into your wounds.
After all this came the next step, where again there was a group prisoner waiting on us. They tossed us a shirt, a pair of pants and a jacket and then they drew our attention to a pile of wooden shoes. I got a pair of pants that would’ve fitted at least two people, maybe even three. We started to trade our clothes with each other, you looked for a large
prisoner, who had maybe gotten a pair of pants that was too small for him. All of this took place in a deathly calm, you didn’t hear a single noise. We were like paralyzed.

In the mornings, you had to leave the barracks and you got a brown sludge, coffee substitute and a piece of bread. In the afternoon, some prisoners were told to bring a large kettle of food with them into the camp. We waited in line with only a spoon, but no plate. We had a bowl, one bowl for four people, and then one of the Kapos filled the bowl up. Occasionally, there was leftovers in the pot and prisoners would line up for second help Sometimes, second help was some soup, other times a knock on the head with the ladle. And when I saw this, I never got back in line for second help.

When we ran forwards, there was a group of officers, Nazis, SS personnel. Out of the corner of my eye, I suddenly saw fence posts, barbed wire, but also white insulators with cables. Seeing these – I was an electrician in the Ghetto Litzmannstadt – I immediately recognized that there were electric cables. Where had they brought me?
One day, when I saw a group of naked men between Blocks 16 and 18, I, being quite shy, hesitantly asked, “What are you doing here naked?” They answered me, saying, “We’ve been registered and we’re waiting on clothes to go out and work.” And the word “out” became my signal word and, without thinking much about it, I looked to my left and to my right, no SS or Kapos, and rushed into the shadow by the wall of the block. I tore off my jacket, my shirt and my pants and, now naked, joined the group. Together, we were sent to the labor camp Groß-Rosen, Subcamp Dörnhau, where they asked around for electricians. I was tasked to install electricity for future weapon factories which were planned in the bunkers of the mountains. (Project “Riese”). I climbed up the pall, wearing climbing irons. Then, with a rope, I pulled up the cable and the insulator and installed it. My advantage was that I sat high up and outside of the area where the SS were. This way I avoided the brutalities of the SS guards.

The train started moving and day and night passed by successively, until on the second day, in the morning and after several stops, the doors were thrown open and we only heard, “Out, out, quickly, quickly, quickly!” There were these weird men in clothing, like pajamas, gray and blue striped, and they just yelled, “Out, out, out!” I had my backpack in my arms and he [a Kapo] pulled it away from me. I yelled, “But, my stamp collection!” I can still see him, right in front of me, his face when he bent over and said, “You don’t come here to live!” And at the time, I thought, “What is he talking about?”