The Story of the Artifacts 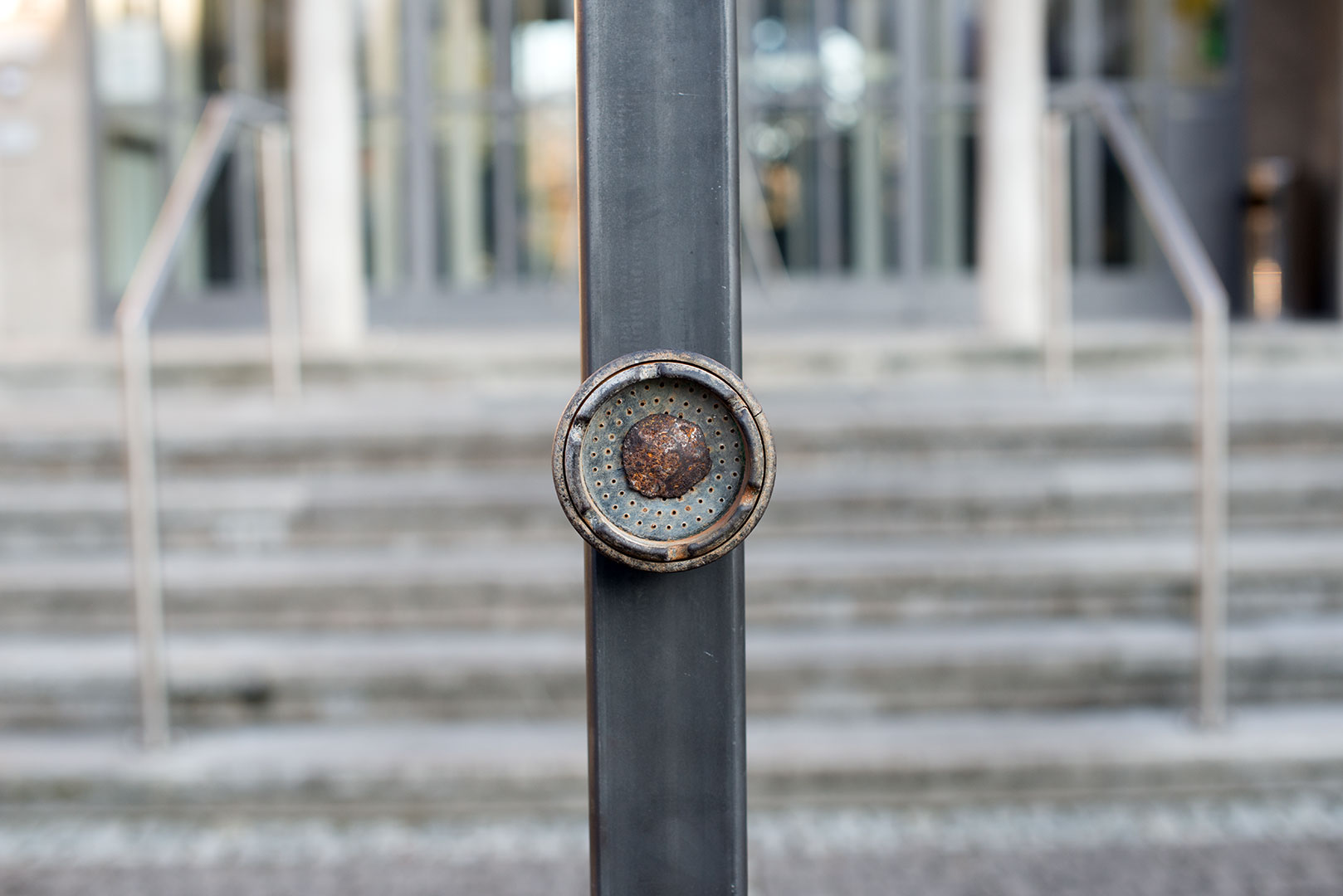 The film shows the house, in which Leon spent his early childhood.

By now, the entire block is empty and is being revitalized. The arrow in the picture points to one of the old windows of his family home. The window from the exhibition is from a demolished 1930s-era house.

There are no more hints in Lodz, as to where the areas of resettlement were.

The sign is a replica that was created by an art painter. The painter used a catalogue of original fonts from the Nazi era to create the sign.

In the bucket, there are flies in an acrylic paste.

The flies not only stand for being utterly at the mercy of others, but also symbolically for the presence of “Beelzebub” – the devil.

The shoes are from a barn closure in eastern Germany. There were dozens of pairs, almost all of which were sold at flea markets.

Here it becomes quite clear why the artifacts are all nailed to a post: it is the symbolism of the crucifixion.

This old aluminium spoon was found by pure happenstance in a barn from the 1930s.

This insulator is from an old, dismantled transformer station in northern Germany.

This showerhead is from a men‘s shower room in a former coal power plant in eastern Germany. The plant was opened in the 1920s and closed in the early 1990s. Most of the showerheads broke over time and were replaced. A small handful of originals are still there.

In the photo, you can see the showerhead from the exhibition, before it was deinstalled.